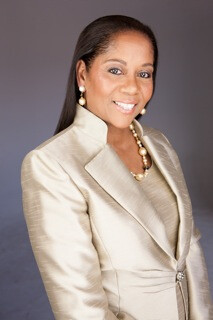 Mrs. Devieta C. Moore, the Missionary Supervisor of the Mid-Atlantic Episcopal District, was born in Suffolk, VA as one of five children of Clifton and Sylvia Gwaltney. Faith and family have always been the defining aspects of her life. Upon graduation from John F. Kennedy High School, she relocated to New York to further her educational pursuits. She obtained an Associate's Degree in Business Administration from LaGuardia College and then a Bachelor's Degree in Psychology from The College of New Rochelle. On June 9th 1984, she married the Reverend W. Darin Moore at the altar of Greater Centennial A.M.E. Zion Church in Mt. Vernon, NY. They are the proud parents of three wonderful children, Daron, Dana, and Dion.

Professionally, Mrs. Moore has held positions with the New York City Board of Education and Morgan Stanley Guaranty Trust Company. She moved to North Carolina in 1984 and assumed a position as an administrative assistant at Hood Theological Seminary. After the birth of their first child, she prayerfully decided to become a "stay-at-home" mom.

Mrs. Moore has been an invaluable ministry partner to her husband, serving at times as his administrative assistant, but always as his confidante, advisor, friend, and prayer partner. She has been First Lady of Clarksville and Morning Star in Monroe, NC, Mt. Olivet, Greensboro, NC, Jones Tabernacle, Indianapolis, IN, and Greater Centennial AME Zion Church, Mt. Vernon, NY. She was active in the W.H. &O.M. Society as the Westchester District Secretary of Youth and Vice President of the local society. While in Indianapolis, she was the Director of the Mission Education for the Indianapolis District.

During the 49th Quadrennial Session of the A.M.E. Zion General Conference, her husband was elected the 99th bishop in line of succession and was assigned to the Western Episcopal District. As the Missionary Supervisor, she provides encouragement and oversight for the missionaries of the Alaska, Arizona, California, Colorado, Oregon-Washington, and Southwest Rocky Mountain Annual Conferences.

Mrs. Devieta Moore epitomizes the attribute of a virtuous woman as described in Proverbs 31. "Who can find a virtuous wife? For her worth is far above rubies. Her children rise up and call her blessed; Her husband also, and he praises her. (Proverbs 31:10,28)